Hong Kong population more than doubled over past 55 years 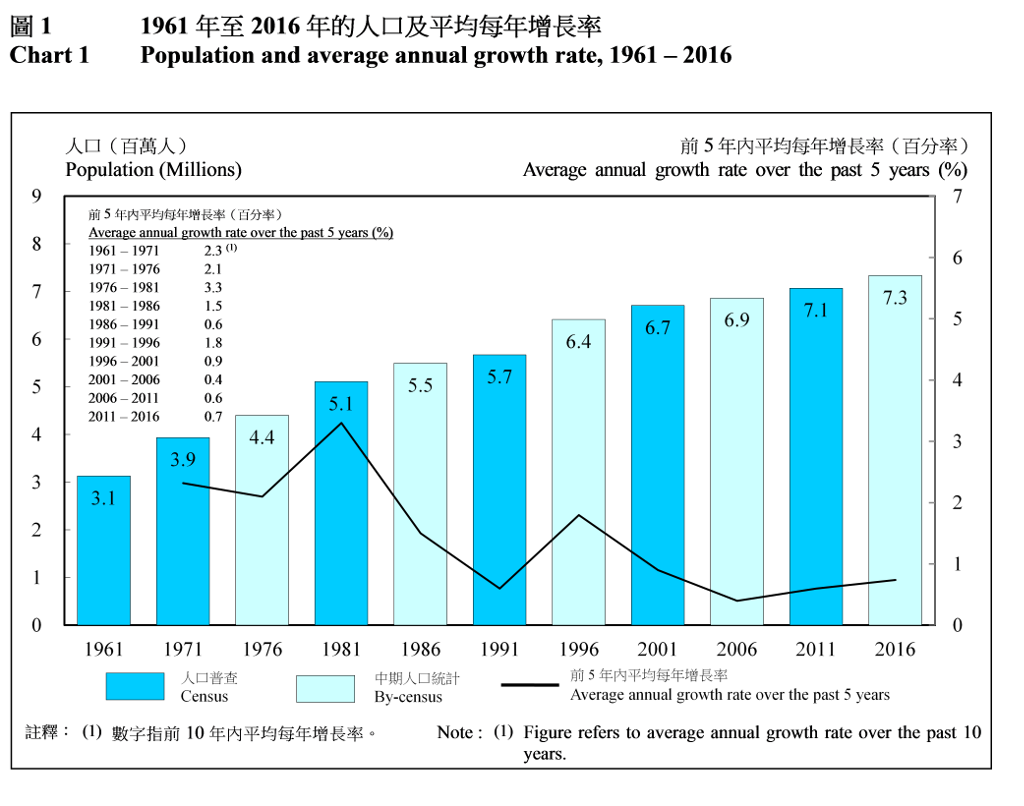 3. The ageing trend in the population continued and the pace of ageing became faster in the recent years. The recent acceleration of the ageing trend was mainly attributable to the post-war baby boomers entering old age. The proportion of elderly persons aged 65 and above in the total population rose from 12% in 2006 to 16% in 2016. The increase in this 10-year period was similar in magnitude to that in the preceding 20-year period (the proportion increased from 8% in 1986 to 12% in 2006). 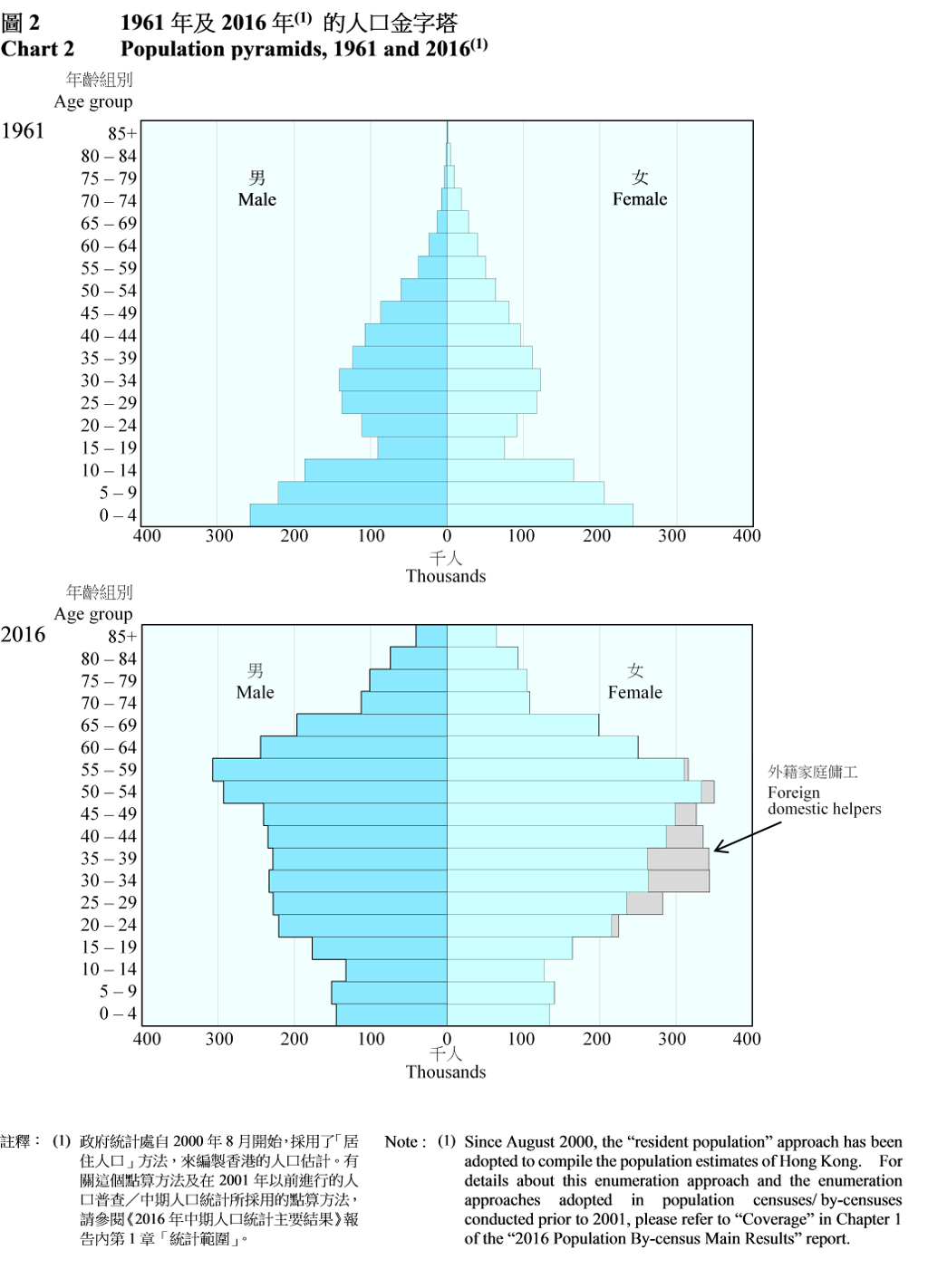 60% of the population was born in Hong Kong

8. For persons aged under 15, 90.9% were born in Hong Kong. The increase in the proportion of Hong Kong-born population for this age group in the past 10 years, from 84.1% to 90.9%, was mainly due to fewer children newly arrived from the mainland of China. This might be related to the decreasing trend of cross-boundary marriages between Hong Kong males and females from the mainland of China in recent years.
(Chart 3) 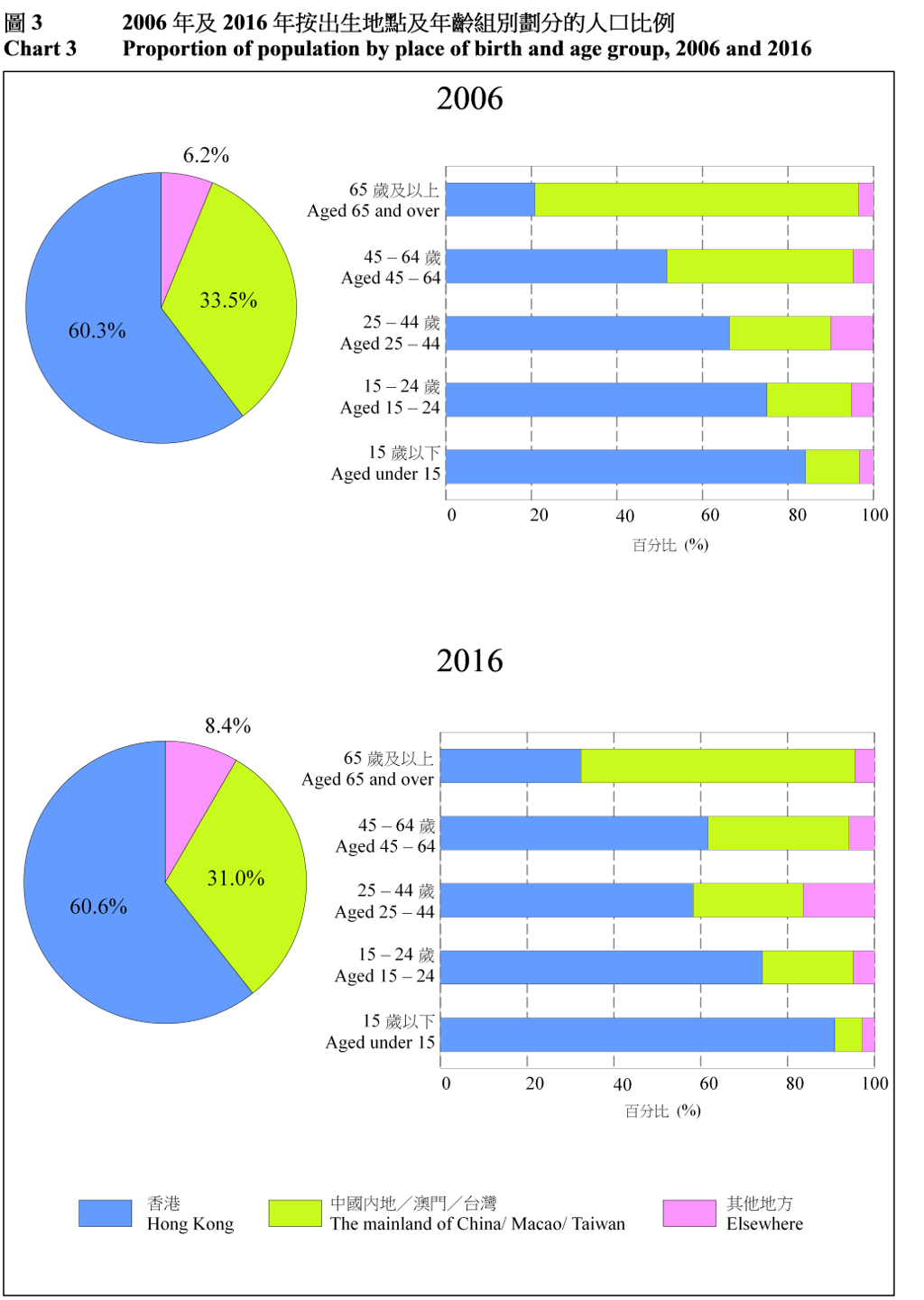 10. In analysing the sex ratio, it is relevant to consider several factors: (a) at birth there are more boys than girls; (b) there are a large number of foreign domestic helpers, who are mostly females and their population is constantly increasing; (c) for the new arrivals from the mainland of China, many are wives of Hong Kong men; and (d) females live longer than males.

12. However, relatively more significant changes occurred in the age groups of 25-44 and 45-64 where the sex ratios dropped continuously starting from 1 223 and 1 108 in 1981 to 707 and 871 in 2016 respectively. The influx of female foreign domestic helpers and new arrivals from the mainland of China contributed mainly to this fall. After excluding foreign domestic helpers, the sex ratio in 2016 became 878 for those aged 25-44 and 908 for those aged 45-64. Both women and men were postponing their marriage 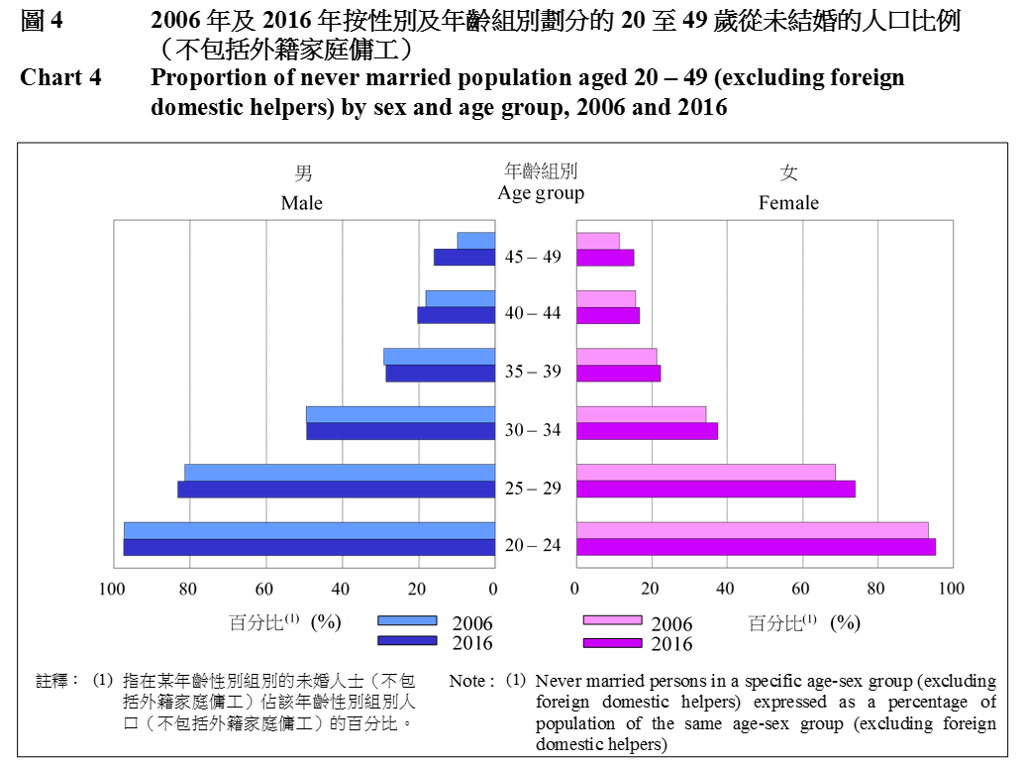