Domestic households in Hong Kong grew faster than the population 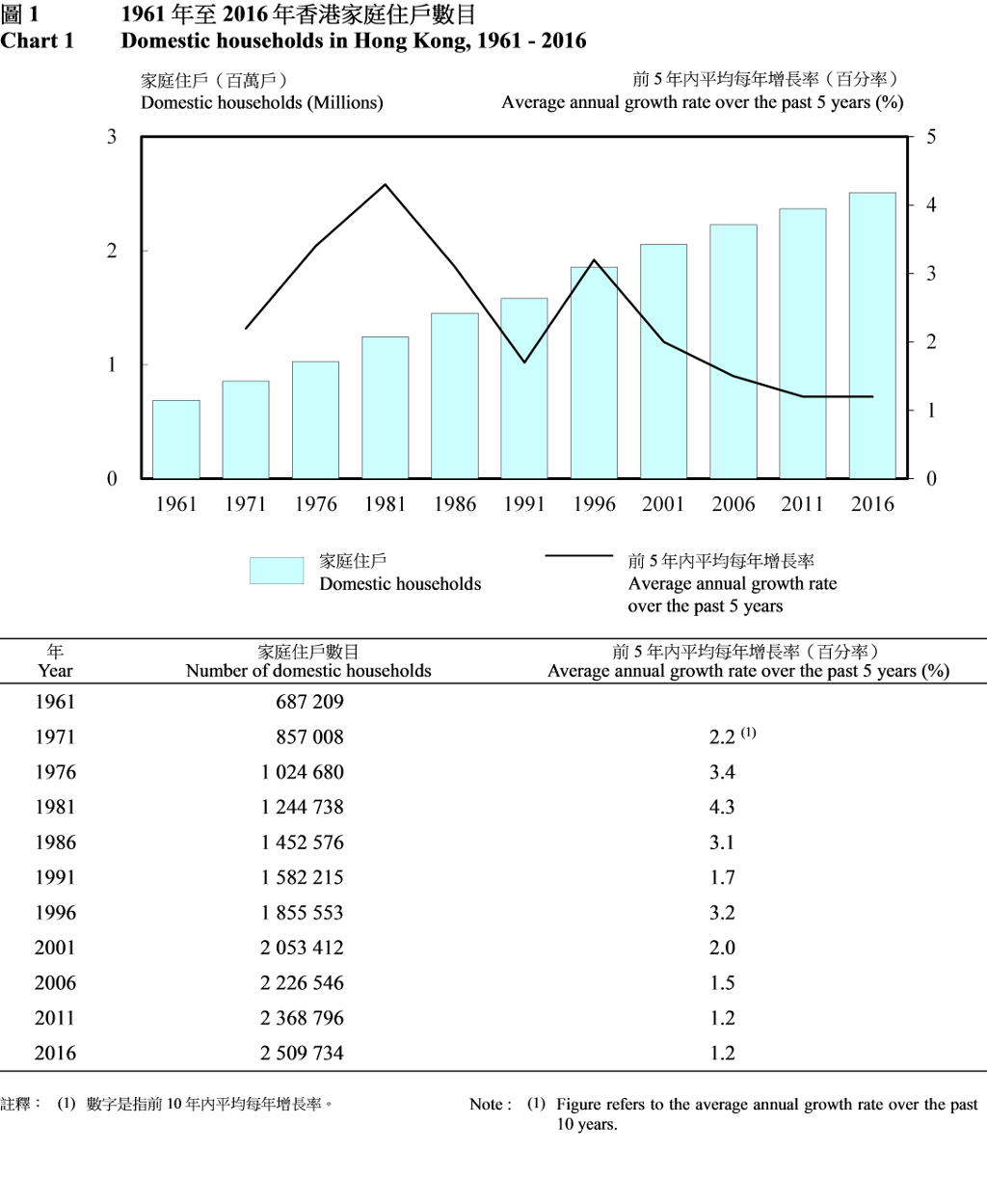 2. Between 2006 and 2016, the proportion of households with one to three persons increased from 63.8% to 69.2%, reflecting (i) the tendency of people living alone; (ii) more young people living apart from their parents after marriage; and (iii) couples choosing to have one or even no child.
(Chart 2) 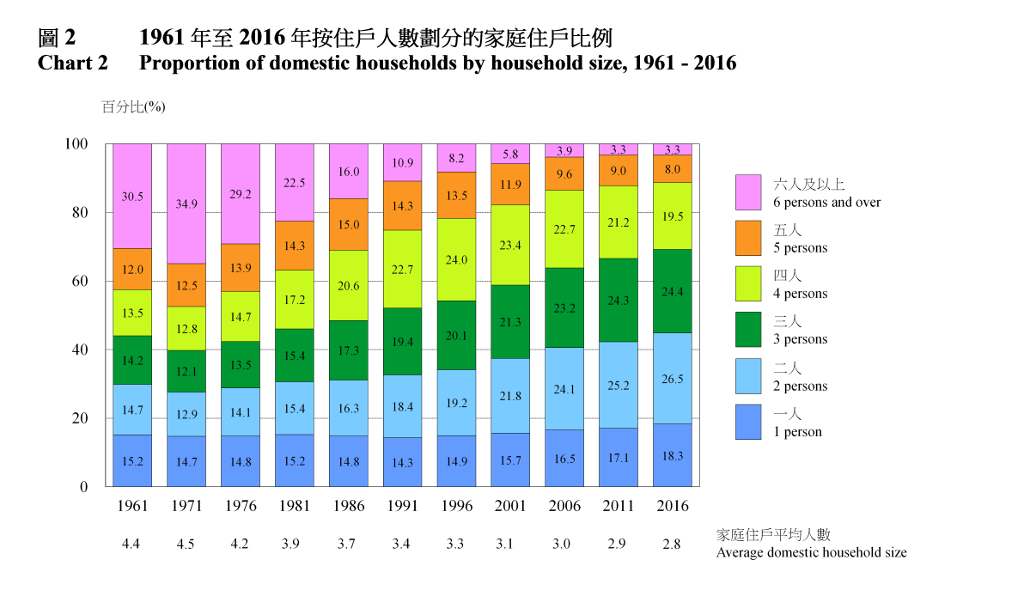 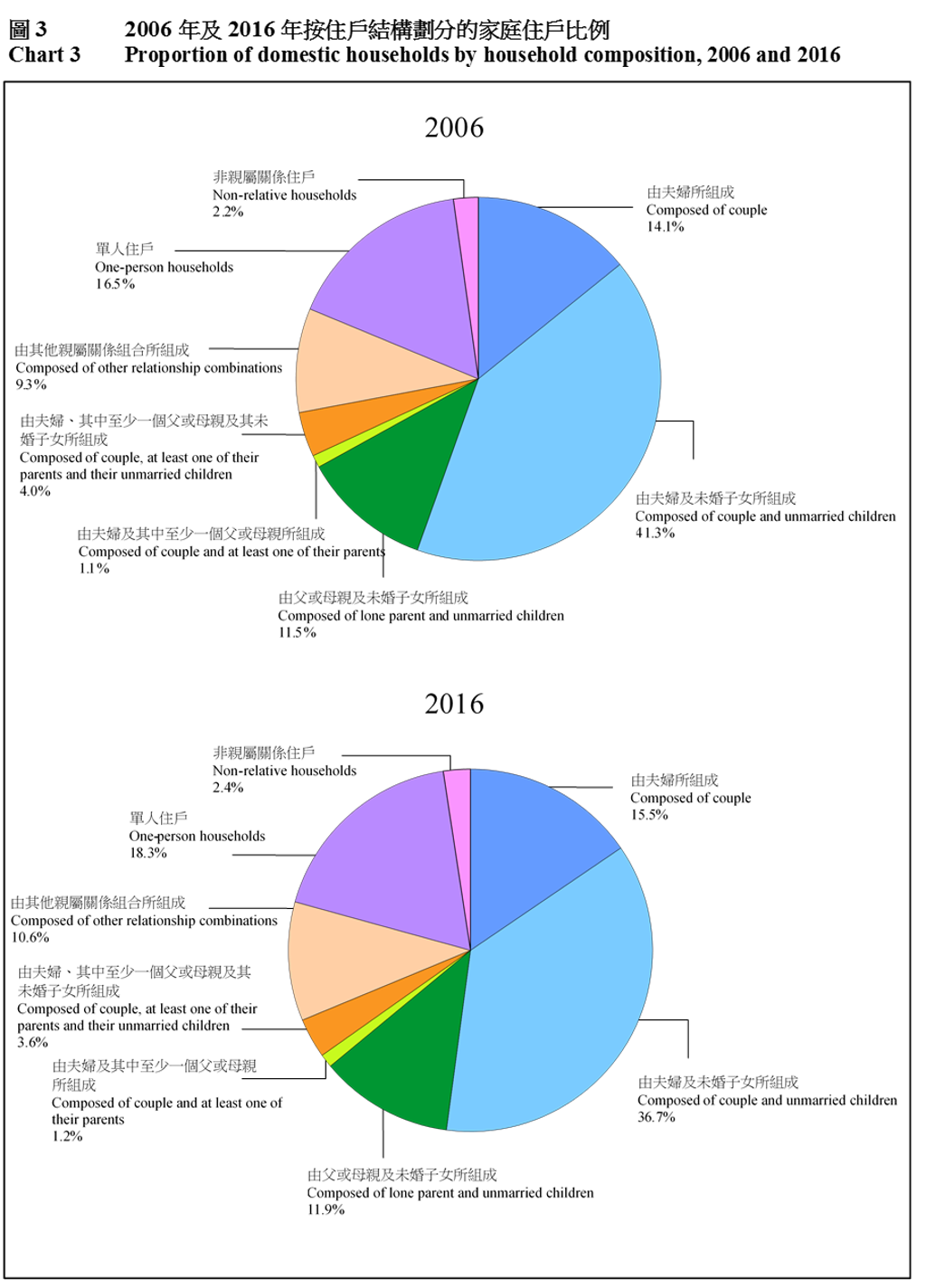 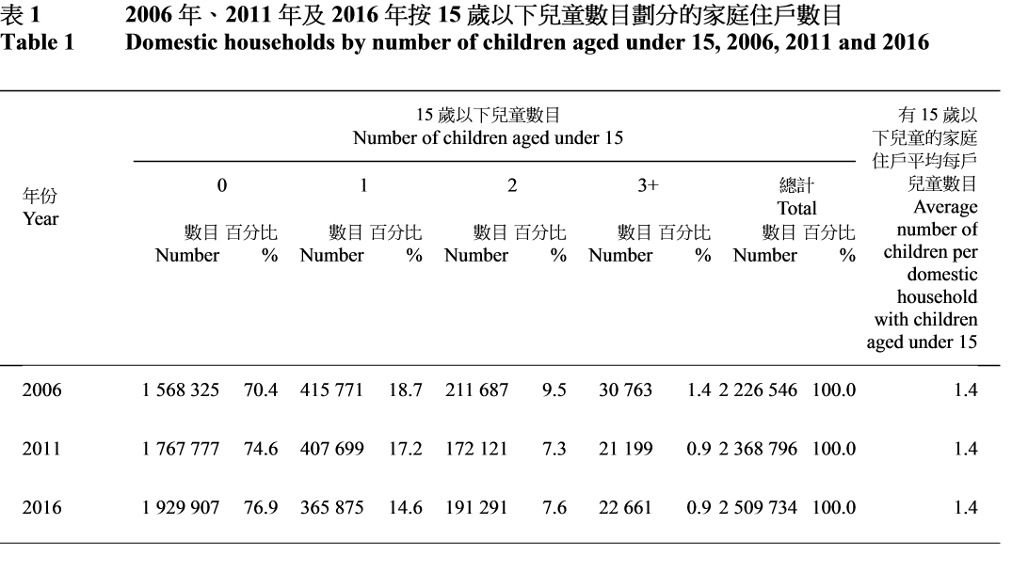 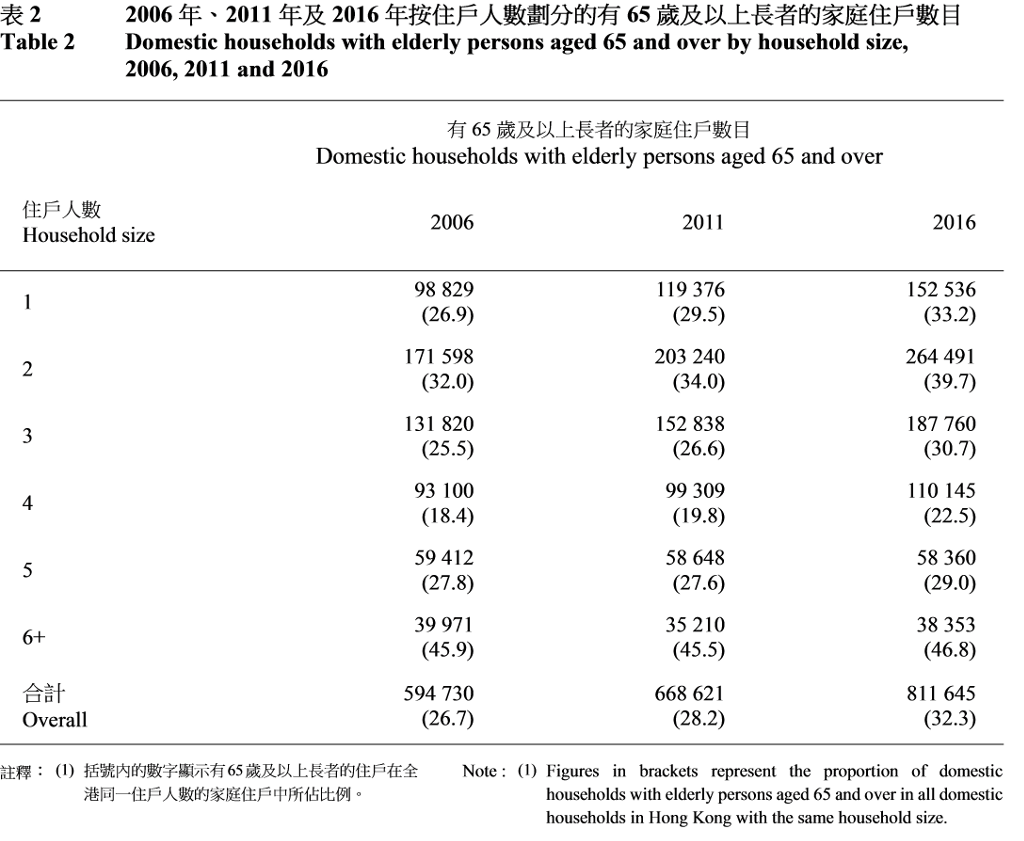 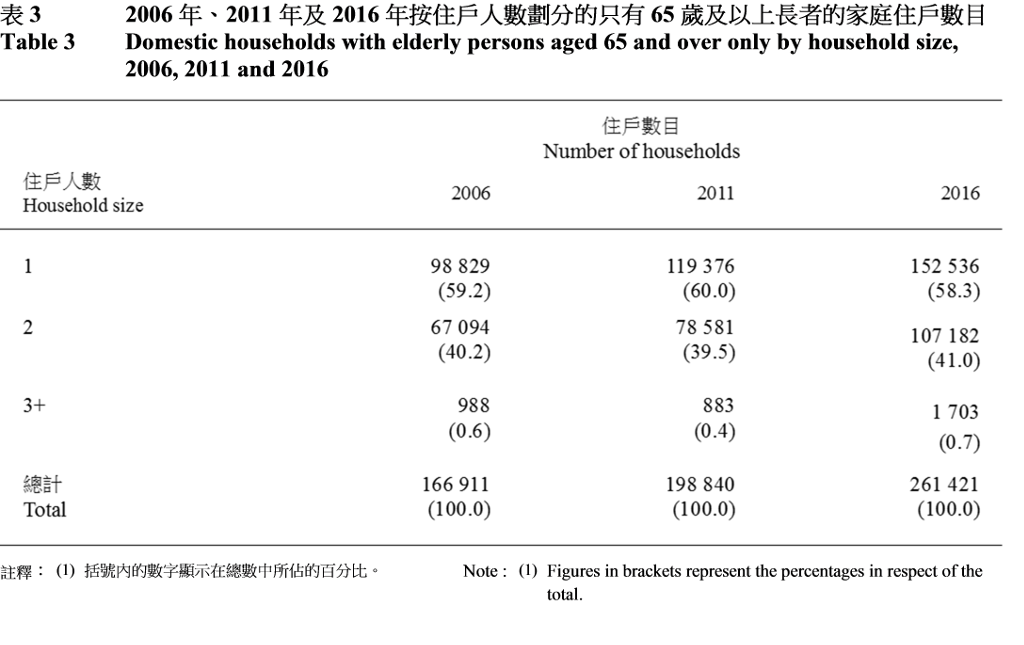