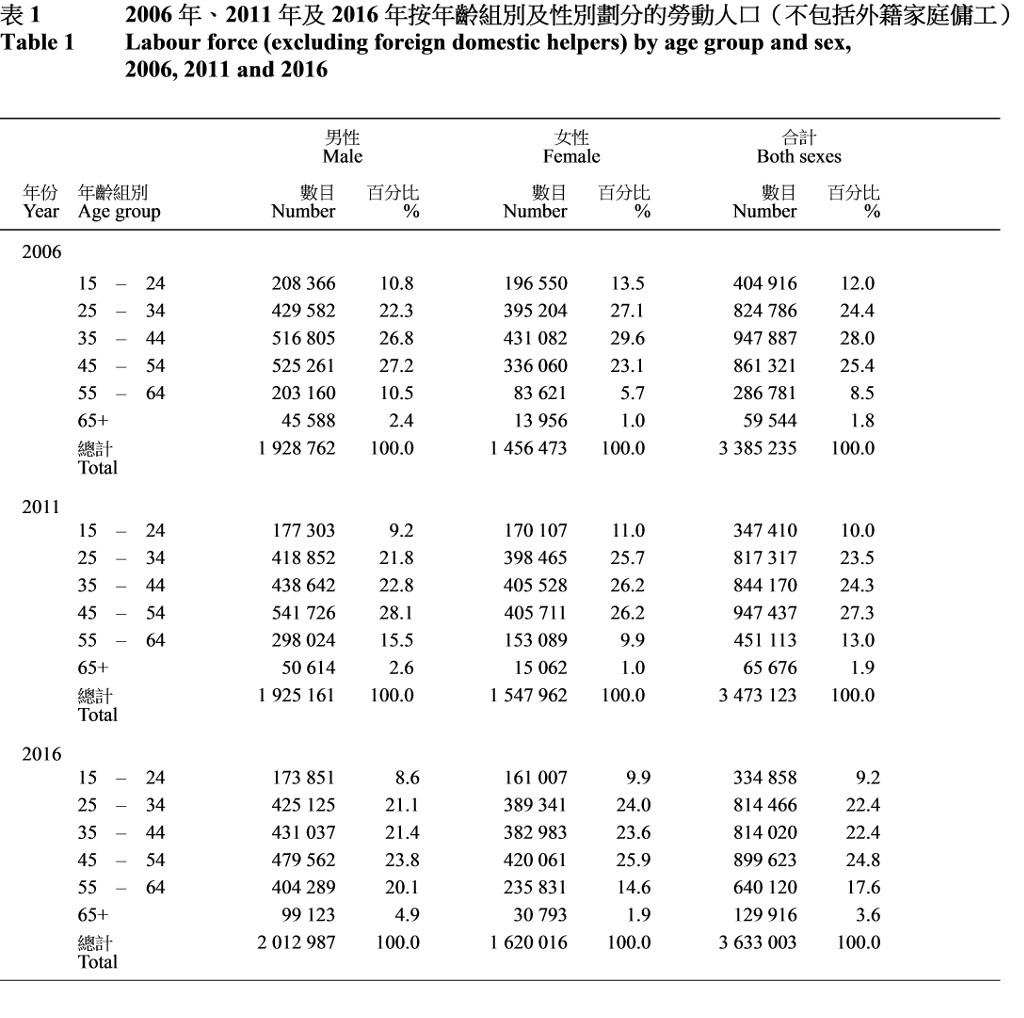 Females’ participation in labour market increased for most age groups

3. Compared with 2006, the female labour force participation rates (refers to the proportion of labour force in the total population aged 15 and over) increased significantly for most of the age groups in 2016. On the other hand, over the same period, the male labour force participation rates increased significantly for those aged 55 and over and remained roughly the same for those of the other age groups.
(Chart 2) 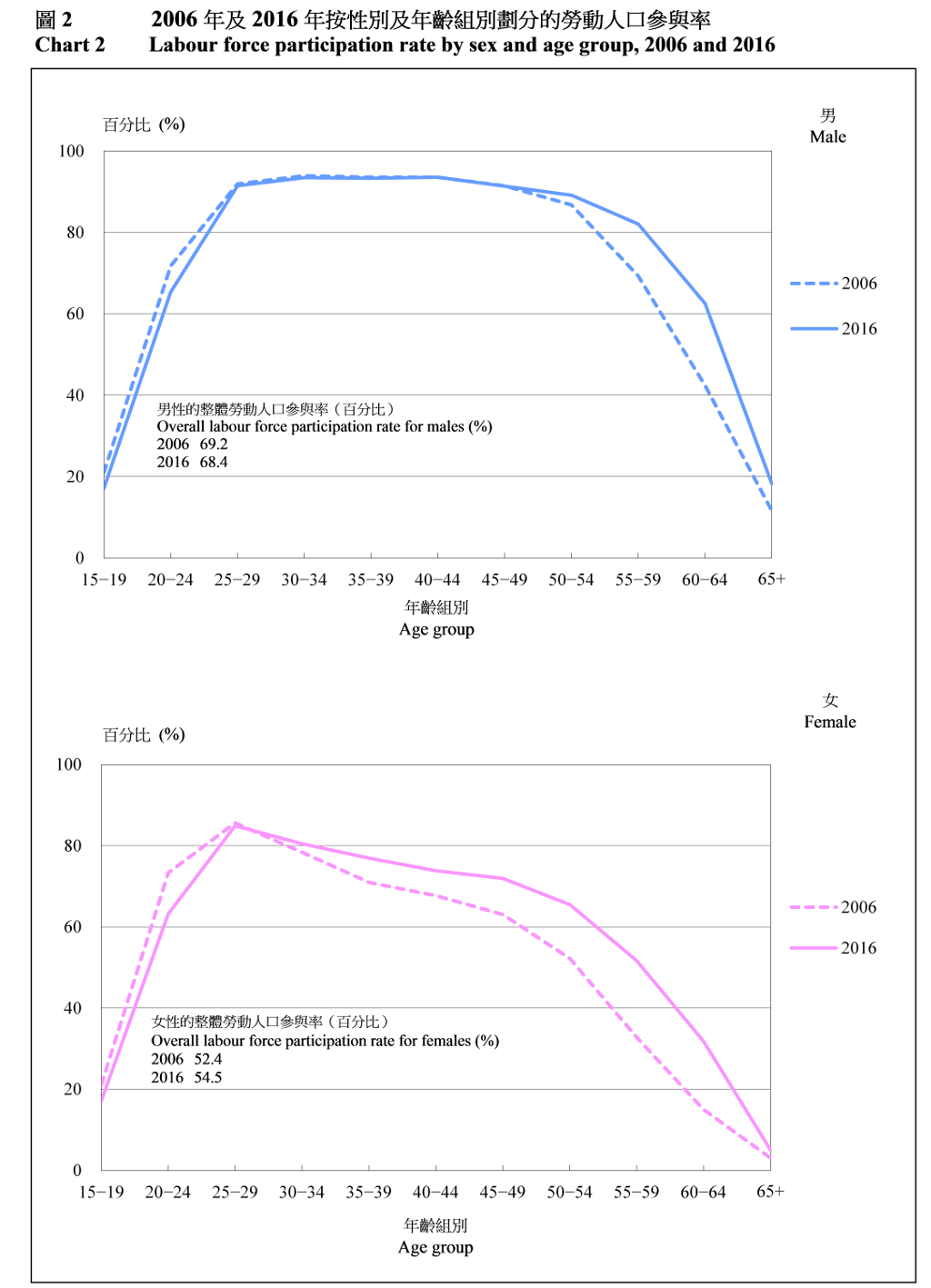 4. In the working population, the distribution of males and females among occupations varied. For elementary occupations and clerical support workers, there were proportionally more females than their male counterparts, with the former mainly as foreign domestic helpers. The reverse situation was found in higher-skilled occupations of managers and administrators, professionals and associate professionals. Besides, for craft and related workers as well as plant and machine operators and assemblers, there were significantly more male employed persons than their female counterparts.
(Chart 3)

5. In 2016, almost half of the working population (excluding foreign domestic helpers) usually worked for 40-49 hours weekly. The median weekly usual hours of work was 44 hours. The proportion of females who usually worked for 60 hours or more a week was 7.7%, while that of their male counterparts was 13.9%.
(Table 2) 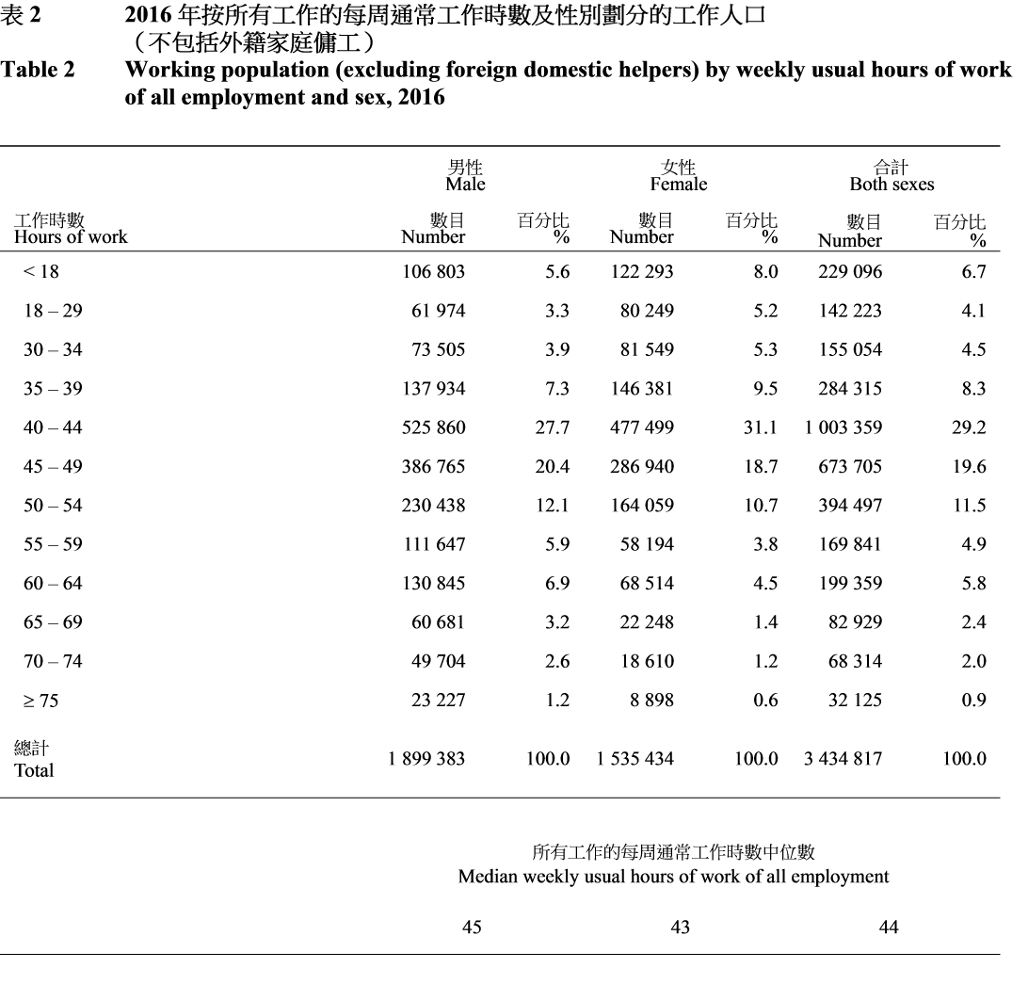