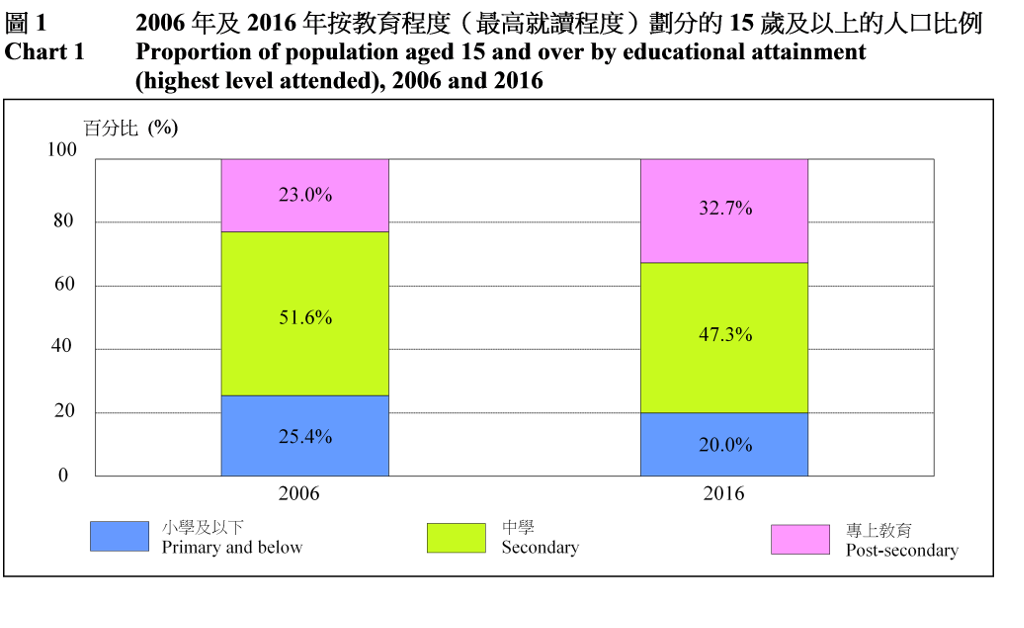 3. For Hong Kong as a whole, women appeared to have lower level of educational attainment than men. This was because the figures included older generation women who generally had a smaller chance of receiving education when they were young. The proportion of males having attended secondary and higher education in 2016 was 83.3% for the population aged 15 and over, as against 77.3% for females.

4. Notwithstanding the overall sex differential in educational attainment, younger females were as well-educated as their male counterparts in 2016. Of females aged 15-24 and 25-34, 99.6% and 97.6% respectively had attended secondary and higher education; the corresponding proportions for males were 99.7% and 99.2%. When looking at the proportion of attending post-secondary education, the figure for females aged 15-24 (53.4%) was indeed higher than that for males in the same age group (47.7%).
(Table 2) 5. The proportion of the population with post-secondary education in the field of “Business and commercial studies” increased slightly from 32.3% in 2006 to 32.7% in 2016. “Arts and social science” and “Mechanical, electrical, electronic and marine engineering” were the next two more popular fields of education.
(Chart 2)

6. The mode of transport used by students varied among students with different levels of education. In 2016, 38.1% of the pre-primary students and 38.7% of the primary students mainly walked to school probably because of the close proximity of the schools to their homes. For secondary students, the proportions of them mainly walking to school and travelling by Mass Transit Railway (Local line) to school were 25.5% and 24.2% respectively.
(Table 3) 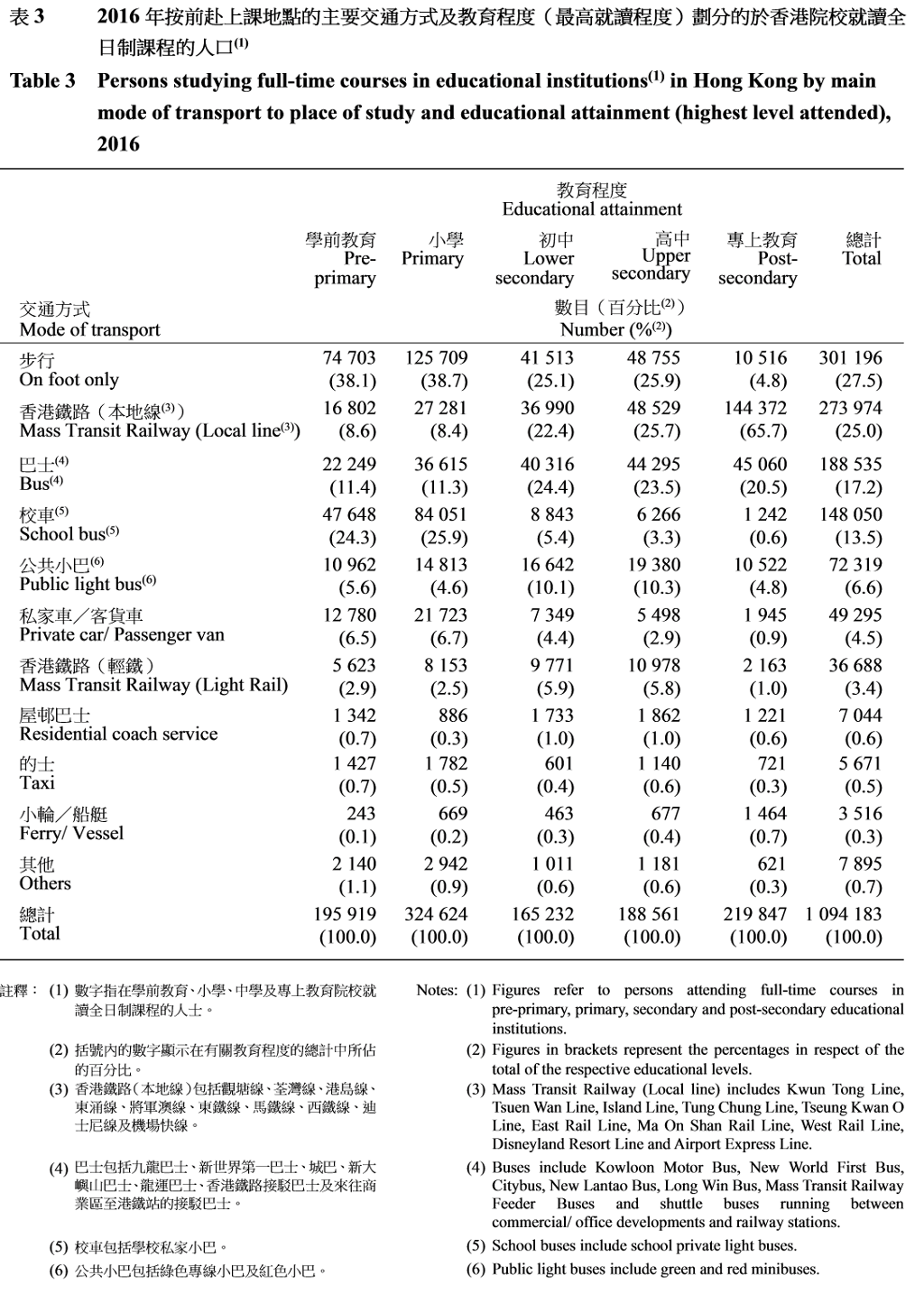